CTFC Stockholders Re-Elect Harvick to Board of Directors 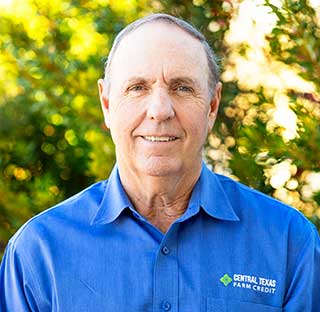 Central Texas Farm Credit stockholders re-elected Kenneth Harvick to its board of directors .

Harvick is a rancher in Comanche County where he runs a cow-calf and haying operation. He is the former president of Gore’s, Inc. in Comanche, Texas, which was a dairy, beef cattle and feed manufacturing business that operated in Texas and New Mexico. Harvick attended Tarleton State University and is past president of the Texas Holstein Association and is a member of the Comanche Roping Club, among other organizations. He and his wife, Vickie, are members of First Baptist Church in Comanche. He was first elected to the board in 2012 and most recently served as board vice chairman.